From A Gap Year to Yahoo! Sustainability

Chris Page is passionate about a lot of things, but when we started talking about her time as a student at NOLS Mexico, the delight in her voice was apparent. 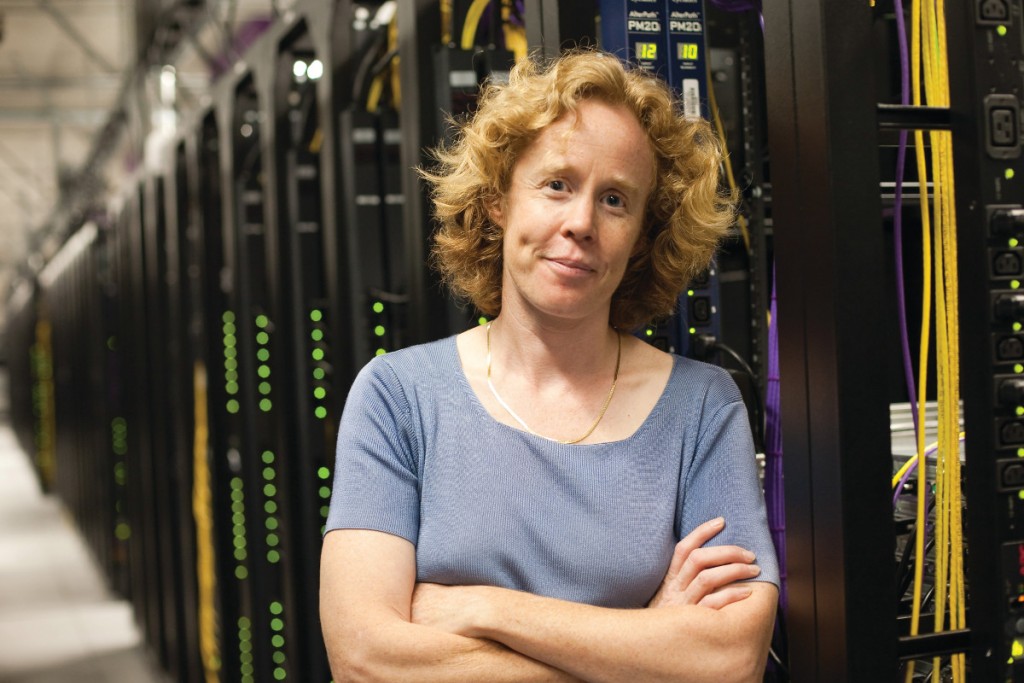 Chris Page took her experience on her course in Mexico in 1987 to a career with Yahoo!. Photo courtesy of Chris Page.

"Baja is just such a spectacular place," she stated. "The whale watching, a solo in Magdalena Bay, hiking around the Lagunas..."

Page was a NOLS student in 1987 when she took a gap year between high school and college. She now works as the global director for energy and sustainability strategy for Yahoo!, Inc.

As the sustainability coordinator for NOLS, I naturally was interested in Page's career path from NOLS grad to environmental advocate. NOLS strongly believes our graduates are our greatest contribution to the environment, and who could be a better example than Page?

Giving me broad strokes of her interest in the outdoors, she told me she climbed her first mountain with her dad at age four and never really stopped. After earning her college degree in environmental studies, Page took her NOLS Instructor Course in 1995, never expecting to become a long-term instructor.

"Baja was the starting point, and what NOLS did was give me a bunch of other places in the world to care about on a very specific, personal, and emotional level."

"I figured I would work summers for a few years. Then I walked into the staffing office and they offered me a year in Kenya," she recalled. "They do a great job of recognizing the psychology of their instructors!"

Page's NOLS career took her to all corners of the world.

"Baja was the starting point, and what NOLS did was give me a bunch of other places in the world to care about on a very specific, personal, and emotional level...It amplified the idea that places are worth protecting and gave me a greater sense of urgency.

"Especially at the end of courses when you teach classes about land use and threats specific to that area. After encouraging students to get involved, I felt moved to get involved myself. One of the ways you protect those areas is to make better use of resources. That is a lot of what led me to Yahoo!, and a lot of what I do at Yahoo!."

Even the pristine waters of Baja California are susceptible to pollution and overfishing. Photo by Kate Gautier.

It turns out Page does a lot at Yahoo!, including leading the company to carbon neutrality in 2007. Utilizing carbon offsets, alternative energy, and innovative efficiency measures, she has turned Yahoo! into a leader in sustainable operations. In a portfolio of extraordinary projects, a recent power purchase partnership with OwnEnergy to develop a wind farm in Kansas stands out. Generating over 100,000 megawatt-hours of energy, the wind farm is designed to offset much of Yahoo!'s energy use in the Great Plains.

Page cited this type of project as an example of how NOLS skills transfer to her work.

"It's such a team project...needing to get data center guys, accounting teams, so many people involved in making it happen. I'm definitely pulling out communication tools and teamwork skills."

I asked Page for words of encouragement for those of us struggling to feel like what we do makes a difference for the planet.

"It all starts with small stuff," Page said. "One of my co-instructors said 'an action becomes habit, habit becomes character, character becomes destiny.' Small acts, 30-day courses full of tiny little acts such as fluffing the grass under your tent, picking up microtrash—Leave No Trace is full of micro-acts.

"That mindfulness...builds an attitude and character that leads you forward to destiny. It's very easy to get discouraged but these acts only don't matter if you think you're done once you've recycled. Micro-actions build upon themselves and build the person you are. If everyone recycles, that's insufficient, but if you don't recycle you're not going to change into the person that makes a difference."

"That mindfulness...builds an attitude and character that leads you forward to destiny... Micro-actions build upon themselves and build the person you are."

Take a gap year with NOLS.

At NOLS, we work hard to make sure that each of our locations does its part to promote sustainable practices that will give our students great experiences and care for the amazing wild lands in which we operate. For Earth Day 2015, we're going to show you a day in the life at our location in Ranikhet, India, so you can see how we integrate sustainability and conservation into our everyday practices...