You may have heard of the greater sage-grouse by now—it’s been in the media an awful lot lately.

The species is an American icon that was once ubiquitous across the sagebrush steppes of the West. Now, the sage-grouse has disappeared from much of its former range.

(Aside: If we’re being honest about the “icon status,” I’d say it’s mostly because people love to watch sage-grouse courting and mating. Quite rude of us, really.)

The greater sage-grouse. Photo courtesy of the Audubon Society.

Local and national conservation groups are working hard for more sage-grouse protections. The Bureau of Land Management and partners are working on the final stages of a West-wide Environmental Impact Statement to increase habitat protections. Sage-grouse is also a candidate for the Endangered Species List, which has Western state and county governments alarmed (largely because of the potential economic impact of protecting swaths of sagebrush steppe from oil, gas, and other development). Their concerns have led many of them to initiate their own sage-grouse conservation plans to preempt the need for Endangered Species Act listing. And researchers are looking hard at the efficacy of proposed and ongoing conservation efforts.

But most importantly, and maybe reaffirming its icon status, the sage-grouse now has its own film.

The Sagebrush Sea: The Story of an Iconic American Landscape premieres at 7pm (Mountain Time) on Wednesday, May 20th, 2015 as part of the PBS Nature series. Put together by the Cornell Lab of Ornithology, you can bet that it features the greater sage-grouse quite prominently. You can also be sure that you’ll see some lekking behavior (fancy words for mating rituals—you can watch here).

We advise that you watch the film, but please don’t attempt to replicate what you see at home.

Celebrate the greater sage-grouse with a worldwide community as you watch The Sagebrush Sea! You might have a slightly different perspective the next time you drive for five long hours across Wyoming’s great “sea.” Maybe.

Get ready for the film by watching The Sagebrush Sea trailer now: 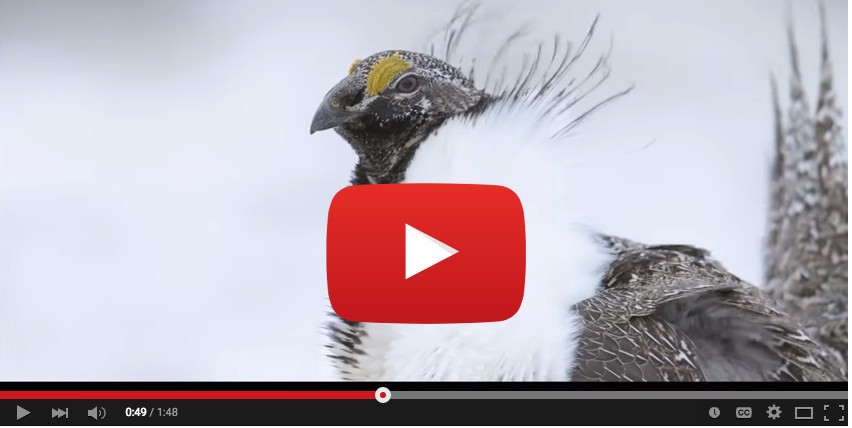 Learn more about how NOLS is working to protect wilderness and public lands on the Environmental Stewardship & Sustainability page of our website.

Evan Reimondo is the Environmental Stewardship Coordinator at NOLS.

NOLS is contesting a recent rule implemented by the Wyoming Department of Environmental Quality (DEQ) that resulted in the downgrading of water quality standards for approximately 76 percent of streams in Wyoming. Many of these streams meander the lands used by NOLS courses throughout the Wind River Mountains, Bighorn Mountains, Wyoming Range, and the Red Desert.