Peter poses in front of Gannett Peak during his NOLS course. Photo courtesy of Peter Metcalf.

When Metcalf speaks of NOLS Founder Paul Petzoldt, his tone matches that of the way he speaks of the childhood heroes Paul succeeded.

“Paul was the old man of the mountains—larger than life,” Metcalf gushed 45 years after his course. “[He had] the sense of legendary gravitas about him, a sense that maybe there was a little bit of embellishment to the stories, but they just held you on the edge, they instilled in you a hunger for more adventure kind of like reading Huck Finn or Tom Sawyer.”

“There was this sense of, ‘Hey, you’re 15—you’re ready to see the world. You’re an adult. Let’s get after it,” Metcalf noted.

On that course, not only did Metcalf get to apprentice under Petzold, but he also spent several days on Gannett Peak with “this Adonis God Legend” of climbing Don Peterson.

“I felt suddenly like, ‘I’m at home here, I know these skills, I’m really learning climbing in the big mountains, I’m leading, I’m doing a new route. This is just what it’s about. It’s living big. It’s everything I could imagine and then some,” Metcalf said of a moment of clarity with Peterson. 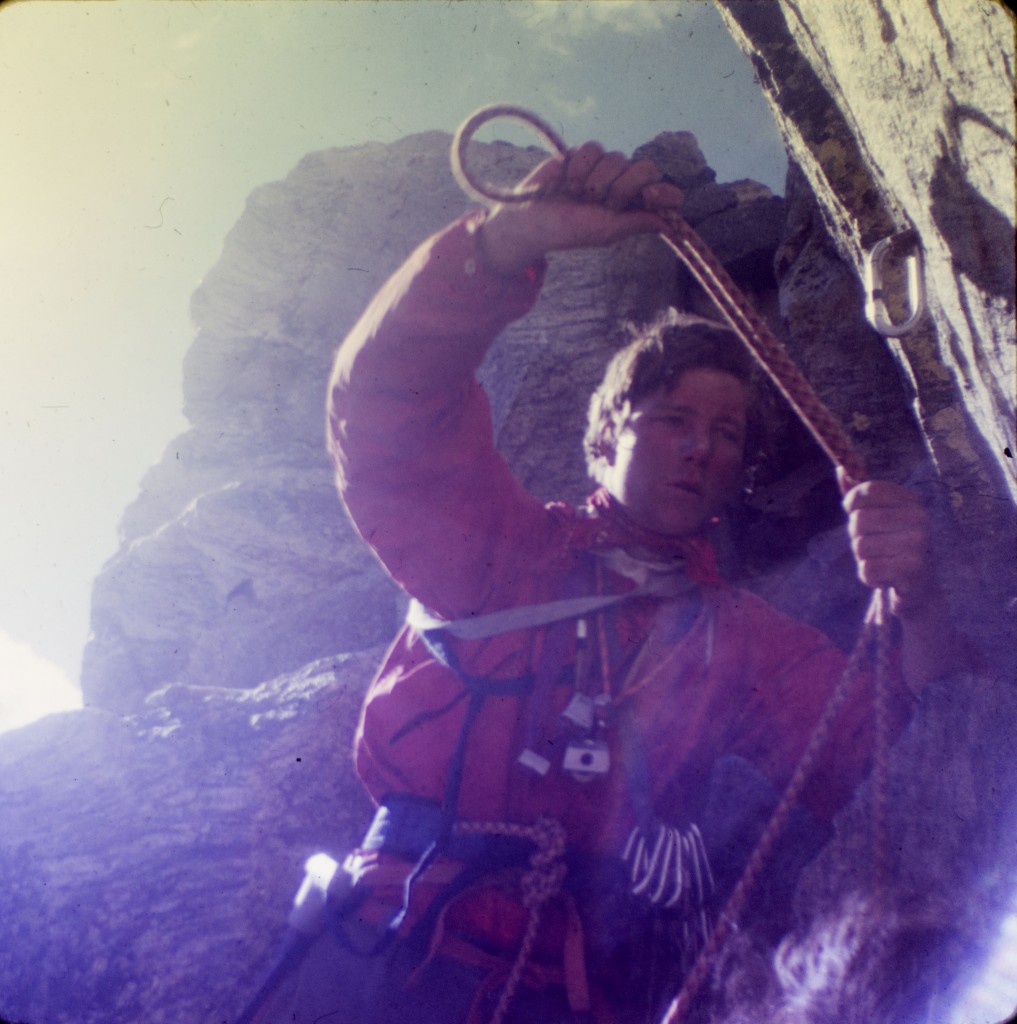 From that moment in 1971, Metcalf continued to live big in the world of climbing and outdoor recreation. 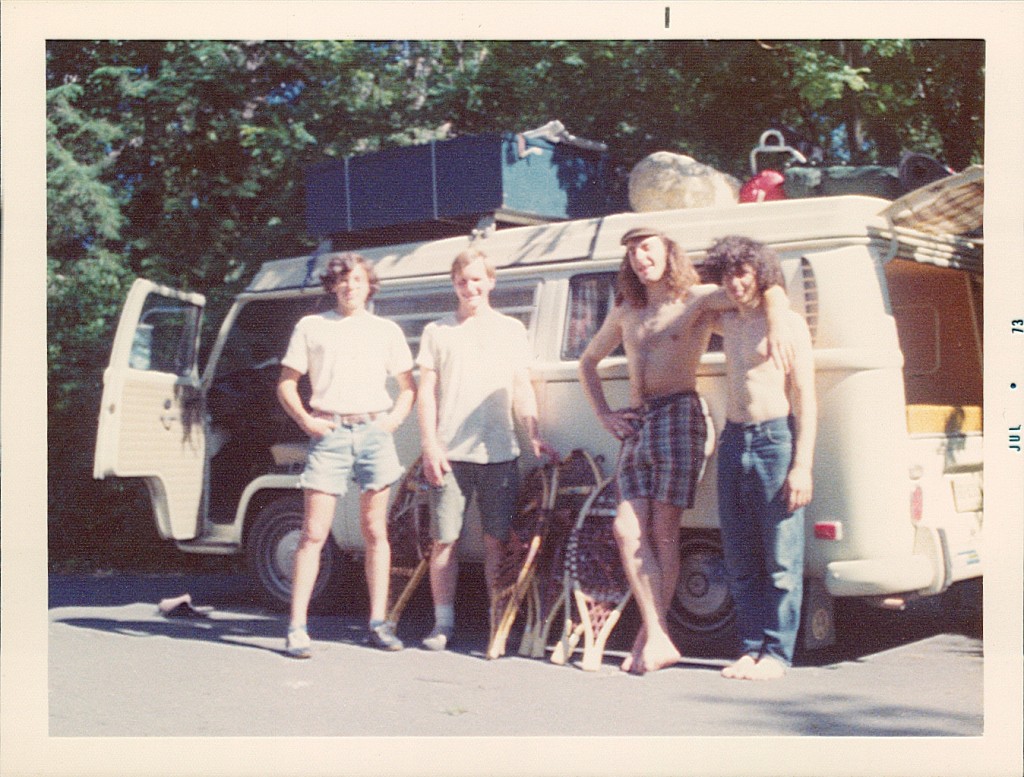 Peter and his crew depart New York City for the first ascent of the southwest ridge of Mount Fairweather in Alaska in 1973. Photo courtesy of Peter Metcalf.

When he tired of the nomad existence—and following a discouraging climbing season, Metcalf reached out to a few acquaintances to apply for what was then a role new to the outdoor industry: sales rep. He never followed through, however because, “well, because the climbing got better!”

Then his final correspondence arrived from the clothing company Patagonia.

“She said to me, ‘Hey, you seem to have not followed up much with these rep opportunities, so this is the last letter you’ll ever get from us. We just split the company up between Patagonia and Chouinard Equipment and the mail order operation… We need somebody, and [Yvon Chouinard] remembered your resume. So if you have any interest in talking about this, contact me immediately.’”

“And I thought, ‘Holy shit, now that interests me,’” Metcalf recalled.

The job interview consisted of instructing ice climbing on the Grand Teton, and then he moved to Ventura, California, to revive the small, struggling business. 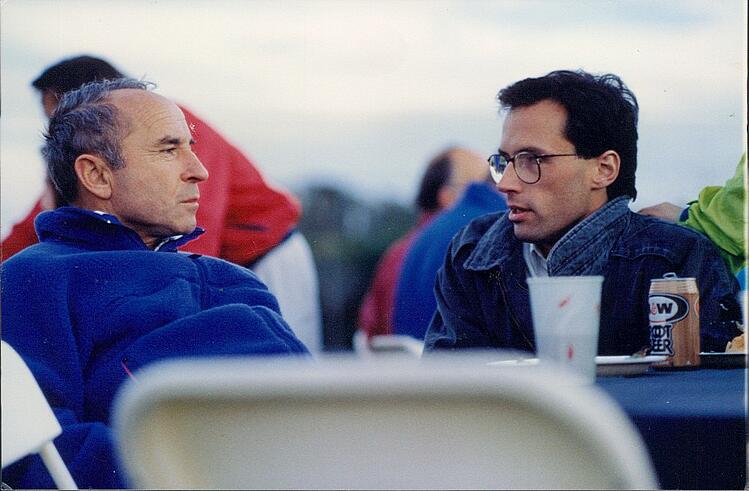 Yvon Chouinard and Peter sit together in 1989. Photo courtesy of Peter Metcalf.

In Metcalf’s hands, Chouinard Equipment reached $6 million before falling “victim of the revolution of tort law in America in the 1980s, which really brought down a lot of companies making products for risk activities,” Metcalf ceded. Like many companies—football helmet manufacturers, jungle gym companies, scuba diving providers—Chouinard Equipment was sued and forced into bankruptcy.

“[Chouinard] asked me to develop a plan to liquidate the assets as quickly as possible with the least loss to him. I gave it a few days’ thought and instead gave him a letter with my life savings attached.”

Metcalf had found his next big moment in his climbing legacy: Black Diamond.

NOLS Icon: Andy Carson on Instructing in the Early Days

Adapting to Mother Nature: Interview with an AmeriCorps & NOLS Alum

Peter Metcalf, founder and president of Black Diamond Equipment and 1971 NOLS Alpine Guide course graduate, will speak at the NOLS 50th anniversary celebration. This is the final segment of a three-part profile about Metcalf. Find the second chapter, "Living Big."