“It was the cool gray dawn, and there was a delicious sense of repose and peace in the deep pervading calm and silence of the woods. Not a leaf stirred; not a sound obtruded upon great Nature's meditation ... Gradually the cool dim gray of the morning whitened, and as gradually sounds multiplied and life manifested itself. The marvel of Nature shaking off sleep and going to work unfolded itself to the musing boy ... All Nature was wide awake and stirring, now; long lances of sunlight pierced down through the dense foliage far and near, and a few butterflies came fluttering upon the scene.”

Peter Metcalf, President and CEO of Black Diamond and a 1971 NOLS grad, grew up on Long Island idolizing the likes of Tom Sawyer and chasing similar adventures in the great outdoors. It wasn’t long before he was finding his own poetry in the dawn:

“Waking up in the dark, by the stars, getting the fire going, approaching by starlight, moonlight, doing a climb, getting up there at first light … the sublime beauty of the alpine wilderness at dawn and how alive you feel in these environments pushing yourself,” Metcalf reflects on his 1971 NOLS Mountain Guides course. “Witnessing a dawn high up, seeing the stars fade away as the sun rises on the horizon, bursts over, and just changes the lighting on the landscapes below you. It gives you a feeling of magnificence of the world, of a slight degree of superiority being above all those people still sleeping below you, down there in the city going about their day-to-day things.” 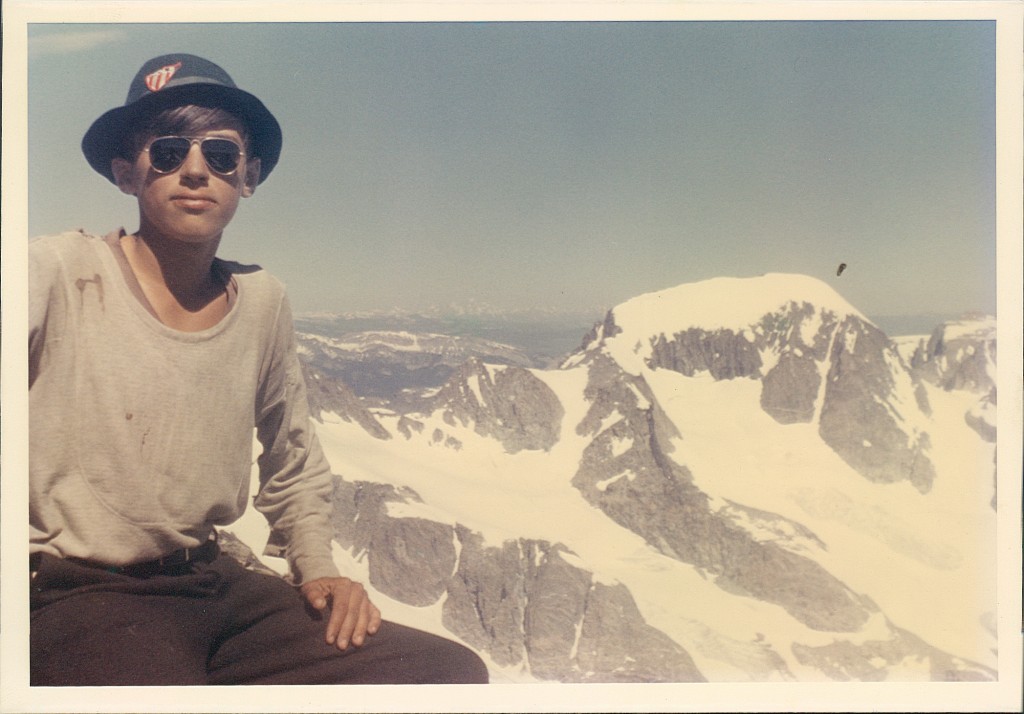 Peter poses in front of Gannett Peak during his NOLS course. Photo courtesy of Peter Metcalf.

When he was yet an alpinist in the rough, Metcalf’s parents encouraged his exploration.

“It was a period of time where parents didn’t get arrested for telling their kids, even when they were 7 or 8, ‘here’s a sandwich, be back for dinner at 6,’ so you could explore the world,” Metcalf noted.

Nonetheless, his parents recognized the point where his increasingly thrilling ventures demanded edification. When he expressed interest in NOLS, they embraced it. And in the backcountry of the Wind River Mountains, Metcalf found the adventure and growth he sought, a few new heroes, and much, much more.

“[My NOLS course] forged who I am today, I think more than any other experience I’ve had,” Metcalf declared, adding, “It was one of the most integral, life-changing, forging events that I’ve had in my life. Climbing in Alaska—a new route on Mount Hunter, and creating Black Diamond are the other two defining events in my life.” 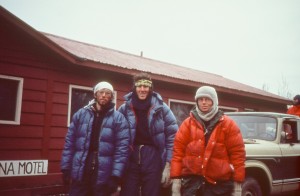 Peter and his team arrive in Talkeetna, Alaska, after the first ascent, alpine style, of the South Face of Mount Hunter in May of 1980. Photo courtesy of Peter Metcalf.

Metcalf had garnered enough outdoor experiences by the time he turned 15.5 years old to decide rock climbing “was everything,” and he intended to acquire the set of skills one needed to be a mountaineer through a Mountain Guide Course with NOLS (for which students were supposed to be 16.5 years old). 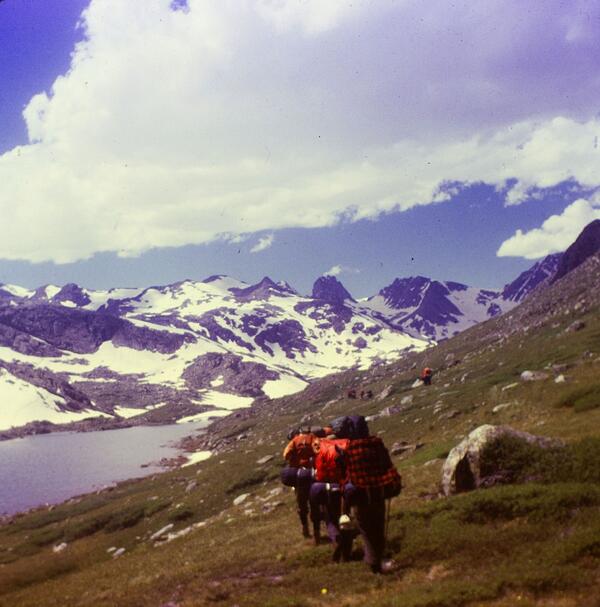 Peter and his coursemates travel through the Wind River Mountains. Photo courtesy of Peter Metcalf.

Read what happens next in Metcalf's adventures, and his journey to founding Black Diamond Equipment, in the second part of this blog series!

Peter Metcalf, President and CEO of Black Diamond Equipment and 1971 NOLS Alpine Guide course graduate, will speak at the NOLS 50th anniversary celebration. This is the first segment of a three-part profile about Metcalf.