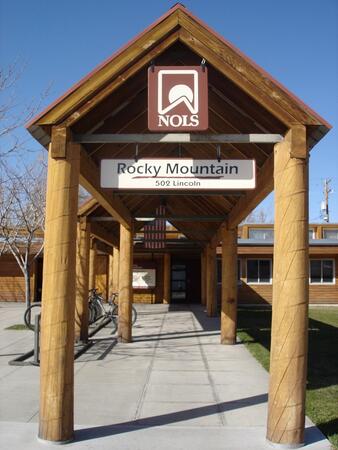 I took a NOLS Wind River Mountaineering course in 2008, and one thing that impressed me, having never put together my own expedition before, was how perfectly the folks at NOLS Rocky Mountain seemed to have their system organized. We sorted and packed food for a month in the mountains, and didn’t forget either the cheese or the chocolate. I was issued gear that would keep me dry when it rained and cool even when I got sweaty. Many times when I heard the wind howl at night, I’d be thankful that I had an insulated jacket and a tent rather than, like paleolithic humans, relying on only animals skins, a fire, and a cave to keep me warm.

Now, NOLS wasn’t started in paleolithic times, but in the 50 years that have passed since the first course went out on June 8, 1965, we’ve seen incredible advancements in gear design and have had decades to refine the techniques for outfitting large groups that I witnessed in the Rocky Mountain issue room. But what about the very first course that went into the wilderness with NOLS? What were they wearing to keep warm in 1965, and what skills were they learning? It seems appropriate that today, the 50th anniversary of that first NOLS Wilderness course, we should look back and see what they were up to. 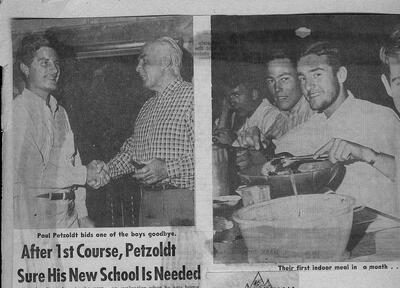 The feature about the first NOLS course appearing in the Wyoming. Photo courtesy of NOLS Alumni Department.

Where did they go?

Students and instructors were loaded into stock trucks and driven to the trailhead at the Hidden Valley Ranch. They were dropped off, shouldered their packs, and headed up the Dry Creek drainage into the Wind River Mountains of Wyoming.

What did they wear?

No cotton was allowed at all on any course. Wool pants were standard issue, along with the customized double sweater (invented by incredible NOLS seamstress Thelma Young). Students wore these double-long wool sweaters with black Limmer boots and knickers. Most of the clothing students wore during the 1960s and into the early 1970s was U.S. Army surplus from the Korean War that Paul Petzoldt purchased in Cheyenne and Denver at surplus warehouses.

How did they carry their gear?

Rather than the internal frame packs we see today, backpacks were organized in a three bag system, which were zip bags lashed to British army pack frames. The students issued their gear from the original Sink's Canyon headquarters.

What did they do? 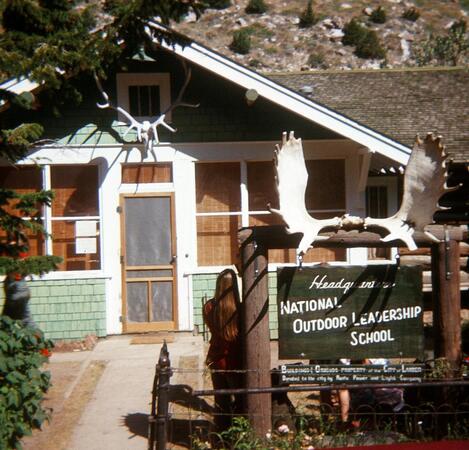 The students spent a month traveling the glacier-carved cliffs and lakes of the Wind River Range. They split into "patrols" of 10-12 students to be able to move efficiently and develop outdoor skills. These first courses aimed to train leaders capable of conducting wilderness programs in a safe and rewarding manner. They learned skills like map reading, climbing, trapping, fishing, campcraft, and orienteering “under all possible circumstances under strain and stress” (from a 1965 Lander Journal article about the first course), cooking on a wood fire, and how to survive in the wilderness with only the food they could find.

My course had four female and eight male students; we cooked dinner on a Whisperlite stove rather than a wood fire; and we had the warmth of our puffy jackets, rather than one of Thelma’s sweaters, to keep us warm at night. Pretty different than the days of knickers and driving around in stock trucks. But, at the same time, we also worked on refining our outdoor skills, learned to live comfortably in the wilderness, and practiced being competent leaders in the backcountry so we could do the same in the frontcountry.

So sure, maybe our gear is a little more sophisticated and the NOLS ration system is down to a science—but the spirit of NOLS and its students is just as hungry to explore, learn to lead, and live in the wilderness as it was 50 years ago. 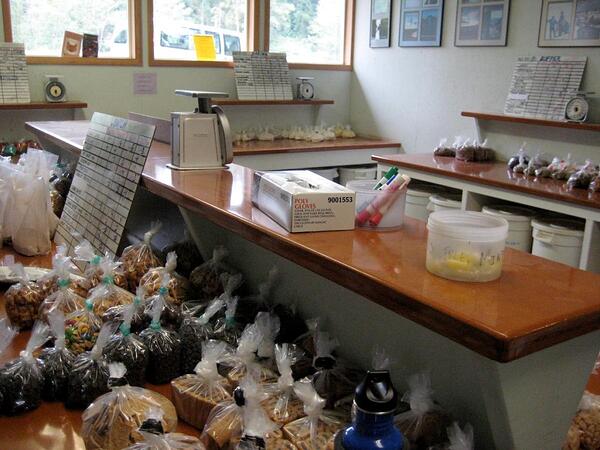 Everything is weighed, labeled, packaged, packed and ready to go! Photo by Christina Cuneo.

Jim Acee, a Pittsburgh native, took the first NOLS semester course, a Semester in the Rockies in 1974. After that, he filled various positions: a NOLS instructor in the Rockies, Baja, and Utah, scrap metal salesman, corporate marketer, professor, director of Boise State’s Center for Executive Management Development, caregiver, dancer, whitewater rafter, and more. We caught up with him to hear the stories of his adventures (and he has many) with NOLS and beyond.