NOLS is turning 50 this year! With that big birthday on our horizon, we’re taking a look back and celebrating some of the incredible individuals that made NOLS the organization it is today.

Pallister on her student course in 1968. Photo by Jim Halfpenny

Nancy Pallister was one of NOLS’ early instructors. Although her name, along with Beverly Holsapple, is on the first editionof the NOLS Cookery, she would rather be known for climbing, her real passion and connection to the School. Pallister was one of the School’s mountaineering instructors and served as an instructor, course leader, sewer of stuffsacks and sleeping bags, and editor from 1969-1975.

Pallister got off to an inauspicious start with NOLS. She describes her student course as “awful,” surviving 28 straight days of snow while trying to cook everything on a campfire—no lightweight stoves back then. In addition to harsh weather, water had leaked into the cans they used to store their food, leaving Pallister and her coursemates to survive on Crisco and oatmeal for the last few days. (*Most students today don’t have to worry about leaking cans, just thefts from ambitious marmots).

Despite these difficulties, Pallister, who has been climbing since she was 16, stayed on with NOLS as an office assistant and instructor. It was during this time that she was asked to assemble the Cookery, the bulk of which had already been written by Nancy Carson and Nat Larson, and whom Pallister credits as the main architects of that compilation of recipes and expedition planning (cinnamon rolls, anyone?). 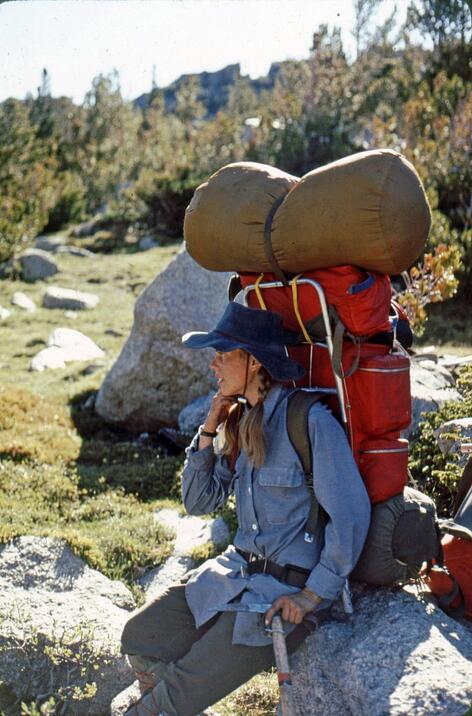 Carrying extra weight for a sick student while working a course in 1970. Smith Lakes in the Wind River Range

As an instructor, Pallister held high expectations for her students and worked to develop female leaders. She says that her courses never included rest days—students could “sit around when they’re done.” She enjoyed the transformations she saw as students “started talking about the climb the next day, not the hamburger they’ll get when they get out.”

She encouraged women to build confidence in their wilderness skills: “I didn’t want women falling totally into women’s roles, so I had them travel together so they had to be on their own and learn the confidence of doing it without the guys.” She added that NOLS “builds up your confidence, particularly for women…women don’t get much feedback on competency and confidence as outdoorspeople in a normal outdoor community, and at NOLS you definitely get that.”

When she thinks about the changes that have taken place at NOLS over the past few decades, she appreciates some of them, particularly the consistency of student experiences, but regrets others. For instance, in the early days students were required to spend a night out with only their sleeping bags (that’s right, no tent, tarp, or bivy sack), and each course ended with a four-day “survival section,” a long hike with no food other than what they could catch and gather. More than the sheer difficulty, Pallister misses what those experiences taught students: how prepare for contingencies you might encounter on the trail and the stark realness of being hungry in the wilderness, as well as the self-reliance that those experiences instilled in students. 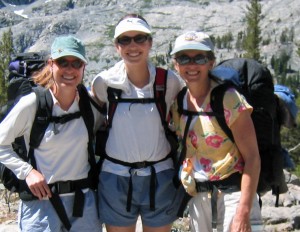 Carrying on the tradition: Pallister backpacking with her daughters. Photo by Dave McReynolds

Pallister used these high expectations for herself and her students to push herself in the outdoors both during and after her time at NOLS. Her climbing résumé includes technical ascents of Mount Whitney and Gannett Peak, as well a number of first ascents in the Winds and climbs in the Sierras. She now divides her summers between off-trail hiking in the Sierras and the Wind River Range. Recently, Pallister shared her extensive experience in her very own guidebook, Beyond Trails in the Wind River Mountains of Wyoming, a resource for adventurous backpackers who want to explore beyond what the trails can give them.

An icon in many ways, Nancy Pallister’s work as an instructor encouraging students to climb and test themselves and her contributions as an editor and course planner make her—and instructors like her—an essential part of NOLS’ history and what it has become today.

Come celebrate with us! Visit our 50th Anniversary page to learn about our birthday celebration coming up in Lander in October 2015 and to get more information about alumni reunions all over the country. 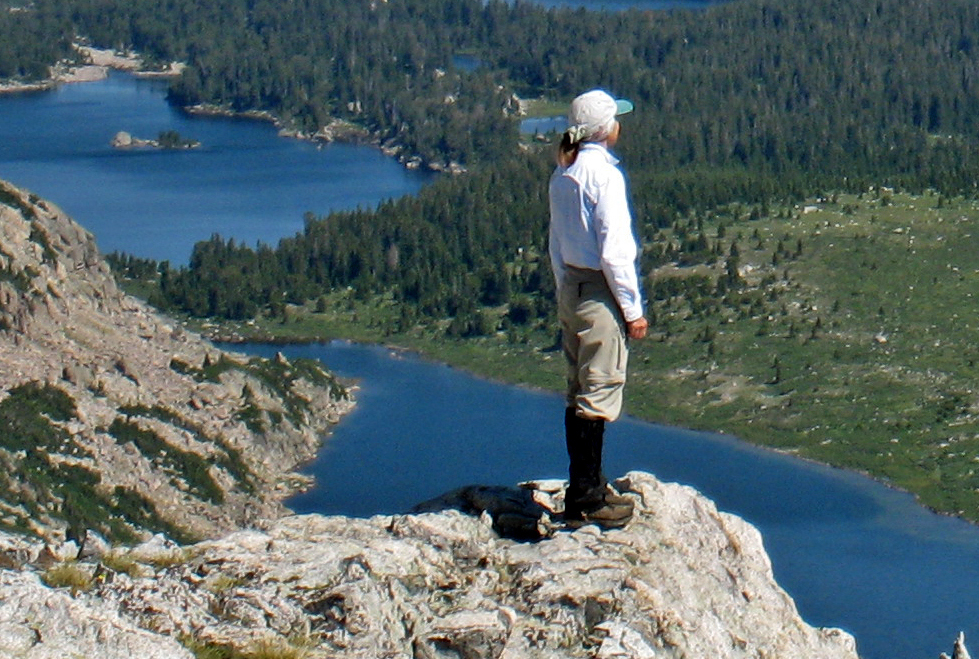 Pondering the next adventure: Europe Pass in the Wind River Range. Photo by Dave McReynolds

Mat is the Summer Program Manager at Summer Search—a nonprofit that empowers young people who face systemic oppression by providing a unique combination of social-emotional mentoring, post-secondary advising, and summer leadership experiences—such as a custom course hosted by NOLS. He has directed a summer camp that taught peace, social justice, and environmental stewardship. He has also engaged high school students in community service and led service trips to developing countries.