In the movies, snakes bite constantly, fly through the air to strike, and kill their victims almost instantly with their venomous bites. Those involved respond in all manner of ways, from trying to photograph and identify the snakes’ species in 2006’s Snakes on a Plane to cutting open the bite wound and attempting to suck out the poison in 2010’s True Grit. Needless to say, these sensationalized portrayals can be misleading.

If you or a companion are bitten, it’s important to ignore irrelevant or erroneous information, which can have real consequences. Instead,know the signs and symptoms of envenomation and the recommended treatment principles.

Here, we've shared some of the common myths and misconceptions about snakes and how to treat their bites. Do you believe any of these myths?

Myth: Snakes are deadly predators that are out to get you

Bites commonly occur on the arms below the elbow and the legs below the knee. In most cases, the snake is provoked by being handled, antagonized, or inadvertently stepped on—not because it was waiting to strike.

In addition, of the snakebites that occur, most of them are from nonvenomous snakes, and few of these cases are fatal. Approximately 45,000 snakebites occur in the United States each year, 8,000 of them from venomous snakes. Half a dozen people a year die from these bites, mostly the young, elderly, and infirm.

The venom of some juvenile rattlesnakes can be more toxic (2 to 3 times that of adults), but larger rattlesnakes are capable of delivering much greater amounts of venom in a single bite (an average of 17 times more than juveniles).

Something else to keep in mind is that juvenile rattlesnakes have difficulty controlling the amount of venom they inject—they tend to inject similar quantities of venom into different-sized prey. Adult snakes, however, inject significantly more venom into larger prey. This suggests that snakes learn to calibrate their venom release, meaning that the age of a snake doesn’t necessarily correlate to the danger it poses.

Regardless, snakebite treatment shouldn’t be based on an assessment of the age or tactical experience of the snake, which cannot practically be determined. Instead, base your treatment on the patient’s signs and symptoms.

Myth: You can use the patterns on snakes’ bodies (called rhymes) to identify if the snake is venomous or not

The problem with this myth is that snakes’ coloration patterns change during their lives, making them hard to identify. More importantly, the connection between identification and envenomation isn’t relevant since the treatment principles for any snakebite are the same (evacuate the patient, and rapidly evacuate if signs of envenomation begin to develop).

Because of this, you shouldn’t try to get close to a snake or pick it up in attempt to identify it. Ever.

In pop culture, treatment for snakebites often involves keeping the venom in an extremity (tourniquet, ice), deactivating the venom (ice, electricity, meat tenderizer), or removing the venom (incision and/or suction).

These techniques have been shown to lack effectiveness when studied in a clinical setting (cloistering the venom in an extremity increases local damage; venom is not deactivated by ice, electricity or meat tenderizers; and commercial suction units don't work). Because of this, you shouldn’t perform these unproven or discredited treatments that may cause your patient harm.

What is known to be effective is calming the patient and immobilizing the limb at the level of the heart.

The definitive treatment of envenomation is antivenom and supportive care in a hospital setting. For this reason, you should evacuate any patient who is bitten by a snake, even if you don’t see signs and symptoms right away—they can develop later. If signs of envenomation do develop, rapid evacuation becomes necessary.

Remember that in all cases prevention is key: watch closely where you step, never reach into concealed areas (such as underneath rocks), shake out sleeping bags and clothing before use, and never attempt to pick up a snake even if you think it's dead.

Learn more about preventing and treating snakebites on a NOLS Wilderness Medicine course.

Ben is the former NOLS Wilderness Medicine Marketing Coordinator and a Wilderness First Responder graduate. He enjoys rock climbing, backpacking, kayaking, and hopes to someday adventure in the mountains on each of the 7 continents. 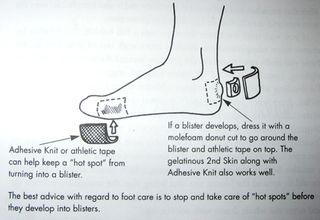