Pathfinding on an Outdoor Semester 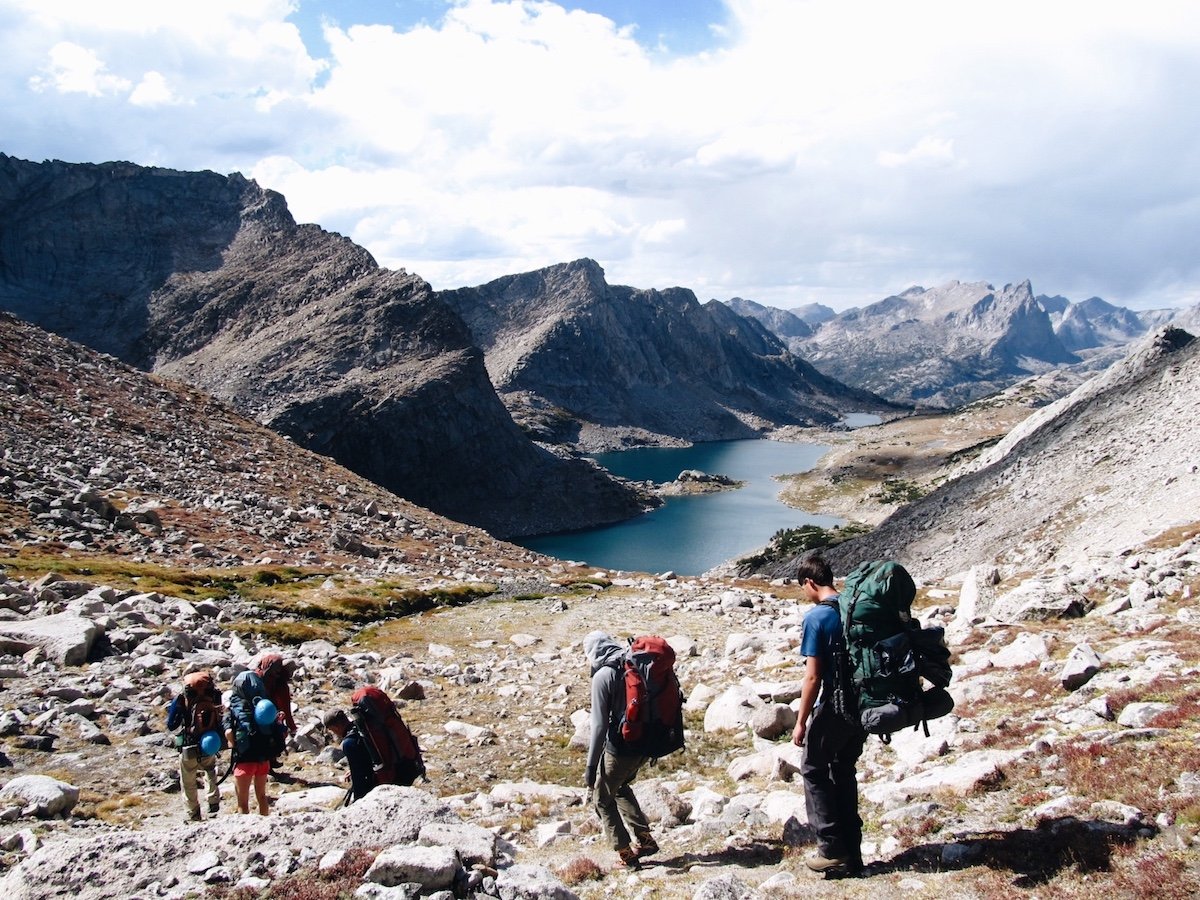 Matt Kearns spent the spring of 2015 on a NOLS Outdoor Educator Semester. From backcountry skiing to whitewater canoeing, he did it all. Read about his semester, funded in part with his veterans benefits, and how it helped give him the space and direction to consider a career in the natural sciences.

In mid February I travelled to Lander, Wyoming to attend a three-month Outdoor Educator Semester at NOLS. I wanted to pick up some new skills and determine if outdoor education was a viable career path. We began the course with classes in wilderness medicine, ending up with a Wilderness First Responder certification.

Then we started the skiing portion of the course. I was a decent novice before the course, getting down the “blue square” runs by falling once or twice and terrified of black diamonds. After a couple days under instruction at a local resort I moved up in the world to a solid intermediate skier and ran my first black diamond run.

After our instructors were confident we wouldn't kill ourselves outright on skis, we learned how to skin (skiing uphill) and started off on a 12-day backcountry trip, pulling heavy sleds laden with food and fuel. We constructed “digloos” that were quite cozy in the freezing temps. NOLS has a heavy ecology emphasis and we learned a lot about the Rocky Mountain ecosystem, identifying trees and tracking animals through the snow. As winter became spring we swapped skis and poles for canoes and paddles. We paddled about 140 miles (and up to Class II+ rapids) down the Green and San Juan Rivers in Utah. I was very excited to learn how to read the river and maneuver safely in whitewater.

The canyon country through which we paddled was some of the most remote country in the American Southwest; John Wesley Powell dubbed the part of the Green River we were on “Desolation Canyon.” Despite being so far off the grid, we were always coming upon signs of previous inhabitants: Anasazi petroglyphs and granaries, hidden moonshiner cabins, and abandoned river bottom ranch houses.

At the end of two weeks on the water we hefted heavy backpacks and laced up our hiking boots to explore the canyon country within Escalante National Monument and Glen Canyon National Recreation Area. I had been to this area previously, but was excited to return in order to better explore the countless side canyons. And we brought technical canyoneering equipment with us to safely descend some of the narrowest slot canyons.

Backpacking through the canyons was the longest section on my NOLS course: 120 miles on foot over 24 days (the longest time without a shower in my life!). There were a few low points (blisters, gastrointestinal distress) but so many beautiful sights—blooming cacti, mountain lion tracks, lunar eclipse, and beautiful stars. We were fortunate with the weather and I was able to sleep outside “cowboy style” all but two nights.

The last section of the semester was rock climbing. I originally had ambitious goals to climb much harder but after 75 days in the field I was frankly too worn out to crush. And we got socked in with the worst weather of the course, eight inches of snow in May! So I was content to learn all I could about the technical side of climbing—rope management, placing protection, self-rescue, etc. As a result I was able to pass the “industry-standard” rock rescue test five minutes under the allowable time.

At semester's end in mid May I was sad to leave some of the new friends I made at NOLS, but I was also looking forward to returning to home and family.

I also had the time and space to think about my future in outdoor education and life in general. NOLS rekindled my interest in natural science and made me realize what a tremendous resource the GI Bill is (it paid for my course).

I've got a plan in place moving forward to continue my education in the sciences while looking for opportunities to support outdoor education, conservation, and community. With all my travels thus far, I've come to understand that staying in West Virginia is important to me; after all, I am the guy with “montani semper liberi” tattooed on my arm. So I'm thinking WVU in 2016!

Since he got home from his course, Matt has been spending time with family, turkey hunting, and preparing for a big summer road trip to accomplish his goal of visiting all 50 states.

Learn more about using your veterans benefits to fund a NOLS course.

Matt Kearns took an Outdoor Educator Semester in 2015. Since he got home from his course, Matt has been spending time with family, turkey hunting, and preparing for a big summer road trip to accomplish his goal of visiting all 50 states.

Snow in May: Leadership in the Face of Uncertainty

Postholing is a gamble at best; the unstable snow holds a person carrying a pack one step and collapses the next, leaving you up to your knees in snow when you least expect it.

When my Leadership Development class from Bates College rolled into the NOLS Northeast campus in Gabriels, New York this spring, the last thing I could have imagined was that I would find myself hip deep in rotten snow, moving slower than imaginable, and pondering whether or not I would have to set up my tent in the dark.