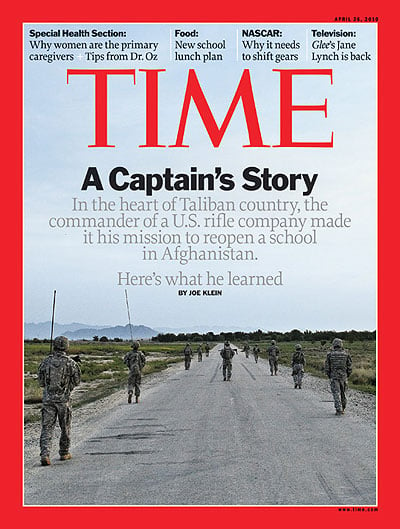 Below Photo By Adam Ferguson, Time 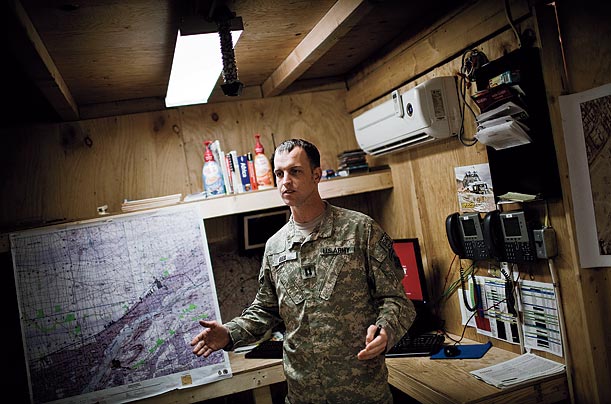 2007 WMI/NOLS
Professional Training alum Jeremiah Ellis graduated from the Army's Ranger School in the hopes that it would lead him to a scholarship to pursue a graduate degree in outdoor eduction, his true passion. He still plans on using his bachelor's degree in outdoor education to open a wilderness therapy outfit for veterans. But little did he know when he graduated that he would end up Captain of the Dog Company in the Taliban heartland of Afghanistan - Senjaray - where he would spend his two tours engaging in delicate negotiations over construction of a school.

Captain Ellis' efforts to reopen the Pir Mohammed School and build other community improvements in Senjaray are the focus of two articles - one in Time Magazine, and the other in the Wall Street Journal. In fact, the story was so compelling it made the cover story of the April issue of Time Magazine.

It was heartening to read about a soldier who is fighting the Afghan war using diplomacy rather than bloodshed and dedicating his efforts to community improvement projects. As Time reporter Joe Klein wrote, Captain Ellis' philosophy is "win hearts and minds by reopening a school. . . . protect the people, provide them with security and government services, and they will turn away from the insurgency."

Aparna is a NOLS instructor and has been the PR and Marketing Intern, PR specialist, and the Diversity & Inclusion manager at NOLS. She is a founding partner of The Avarna Group (theavarnagroup.com).

Spring Break in a Tent: The Patagonia Leadership Trek 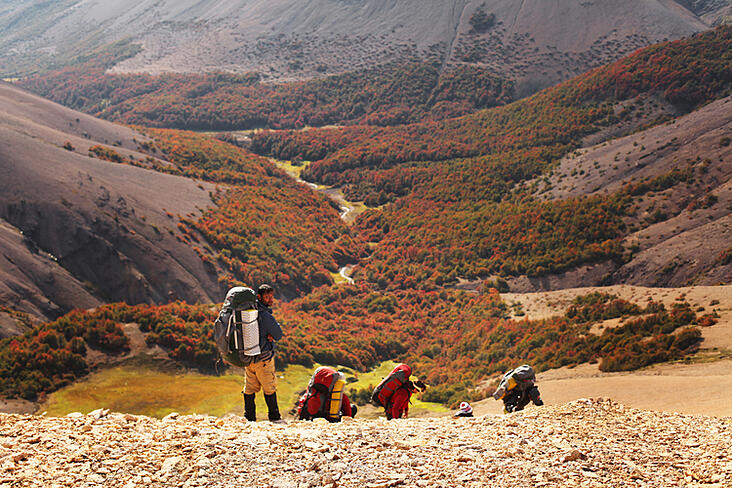