The NOLS community is mourning the loss of two icons this weekend. Instructor AJ Linnell and former instructor Andy Tyson were returning from surveying a project for Creative Energies on Friday when their plane crashed near Challis, Idaho. AJ, Andy, the pilot, and Rusty Cheney, also of Creative Energies, were all killed. We are all deeply saddened by this news and hold their friends and family in our thoughts. 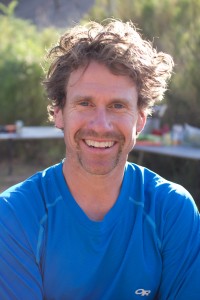 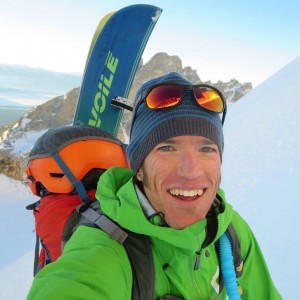 Andy, co-founder of Creative Energies, instructed for NOLS from 1993 to 2003, accumulating 212 field weeks teaching wilderness, climbing, winter, caving, canyon, mountaineering, alumni, and instructor courses in the U.S. and Patagonia. He and fellow NOLS instructor Scott Kane founded Creative Energies in Lander in 2000. Their organization shares many values with NOLS, as evidenced by the numerous fellow instructors who work there full-time or when not in the field. Andy resided in Victor, Idaho, with his wife, former NOLS instructor Molly Loomis; both were adventurers, notable NOLS grads, published authors of outdoors skills books, and leaders on the expedition featured in the film, “Myanmar Bridges to Change.”

AJ and his wife, Erica, have instructed for NOLS and WMI, respectively, for many years. AJ started instructing in July of 1999 and racked up 209 weeks in the field teaching wilderness, mountaineering, winter, canyon, and climbing courses, as well as instructor seminars. He impacted students at NOLS Teton Valley, Pacific Northwest, Alaska (including Denali in 2004 and 2005), India, and Rocky Mountain. In 2008, he started working for Creative Energies, becoming a lead solar installer and licensed apprentice electrician. In addition to all his meaningful work for NOLS and Creative Energies, AJ was recently elected to the Victor city council and was an avid mountain biker and skier.

Their presence in the NOLS and Teton Valley communities will be sorely missed.