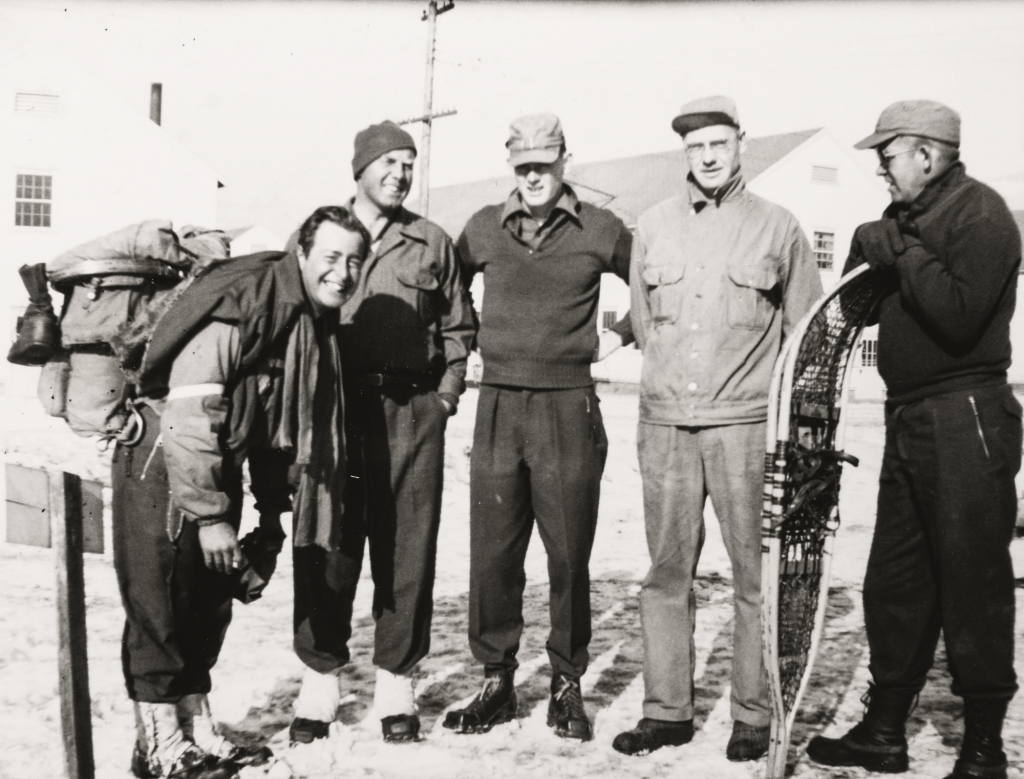 As NOLS celebrates its 50th anniversary this year, we take a look back at the connections forged along the way and honor our history. This year, the 10th Mountain Division Foundation generously donated scholarship funding to NOLS for active military, veterans, and their immediate family.

In 1943, the U.S. Army formed the 10th Mountain Division to fight in mountainous terrain. The young men—recruited from ski patrol, U.S. Forest Service, ranches and Eagle Scouts—trained at Camp Hale, near Leadville, Colo. at an elevation of 9,300 feet. Beyond combat skills, the men were practicing wilderness survival and rescue techniques.

The following year, and 21 years before founding NOLS, 36-year-old Paul Petzoldt joined the division as a staff sergeant to teach safety and preparation techniques. The legendary mountaineer was an obvious choice to train the men who would ultimately fight in the mountains of northern Italy during World War II.

Troops went out from Camp Hale in groups of 10 to develop their protocols and maneuvers. They often skied up to 25 miles a day and spent nights in snow huts. Given the small groups, there was a great deal of camaraderie among recruits and higher-ranking officers. It is clear that Petzoldt’s teaching was revered, respected, and absorbed.

In 1945, the 10th Mountain Division became the last U.S. Army division committed to the European Theater. They were in combat for over 110 days, took every objective, and never retreated. Of the division, 1,000 men were lost in action and many more wounded.

After the war, the division was decommissioned and its members scattered all over the country to work at ski areas, for the Forest Service, and in outdoor education.

In 1963, Petzoldt helped establish the first American Outward Bound program in Colorado. While working at Outward Bound, he recognized the need to teach people how to enjoy and conserve the outdoors. His vision was to train leaders capable of conducting wilderness programs in a safe, rewarding manner, and the result was NOLS. Ernest “Tap” Tapley, also a 10th Mountain Division member and friend of Petzoldt, was a lead instructor for NOLS for the first decade of its existence.

The heritage of the 10th Mountain is honored today by teaching youth to love the outdoors, as well as the technical skills necessary to travel in the backcountry. The scholarship support from the foundation will help the next generation of leaders learn and grow in the wilderness. It also honors all 10th Mountain Division soldiers killed in action, veterans, and the legacy they created.