In-depth Investigation of Red Canyon Rock- The Search For Water 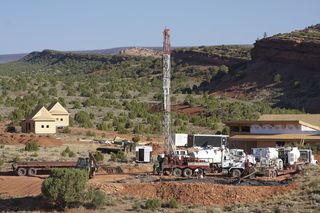 Weston Engineering has finally managed to deliver the requisite equipment and personnel to begin drilling on the water well for the Wyss Wilderness Medicine Campus. Their target is a confined aquifer some 1,100' directly below the campus. This aquifer has been repeatedly targeted and developed for municipal, commercial, and residential uses along the Lander foothills. 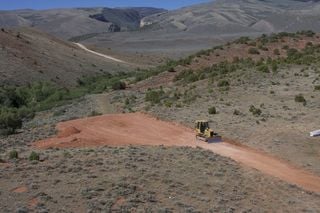 The first step was to blade out a well pad in a location that made sense for near surface management (where the pipelines will go, and how much we need to pump or pressurize the system). We also have been focusing our disturbance in locations that have previously been disturbed. In this example, an old road cut and erosional gully were targeted so the rigs could use the old road as an approach, and remediation after the well construction will restore a more natural landscape. Once the pad is level, pits are dug - the mud ponds for drilling fluids. These are carefully managed in lined pits and pumped down to the cutting tool at the end of the string. 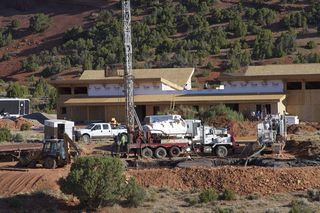 The first portion of the drilling, about 80', uses a large cutting head that leaves a borehole big enough to slide a 12" pipe down with room to spare. The pipe arrives in sections and is welded together as it is lowered into the hole. When all 80' are assembled, the space between the outside of the pipe and the dirt/rock wall, the "anular space", is filled with cement grout. This part is called the surface casing. When the grout has set for a day or two, the next step is to drill with a smaller diameter head inside the surface casing. This hole will continue from -80' to -1100' or so, when we should start to hit the tell-tale signs of the approaching contact with our target aquifer. Every 10 feet, cuttings are collected and evaluated with color, hardness, texture, odor, and other properties that are compared against the known geologic section. When we get close, we'll slow down in case the water is under tremendous pressure. This hole will be cased and grouted as well. The last section of drilling is a smaller head yet, and the hole that it leaves will never get casing- the hole remains open so water can flow directly out of the rock and into the well. Typical depth for the open hole is 100-200'. The well will probably be around 1,300' in total depth. 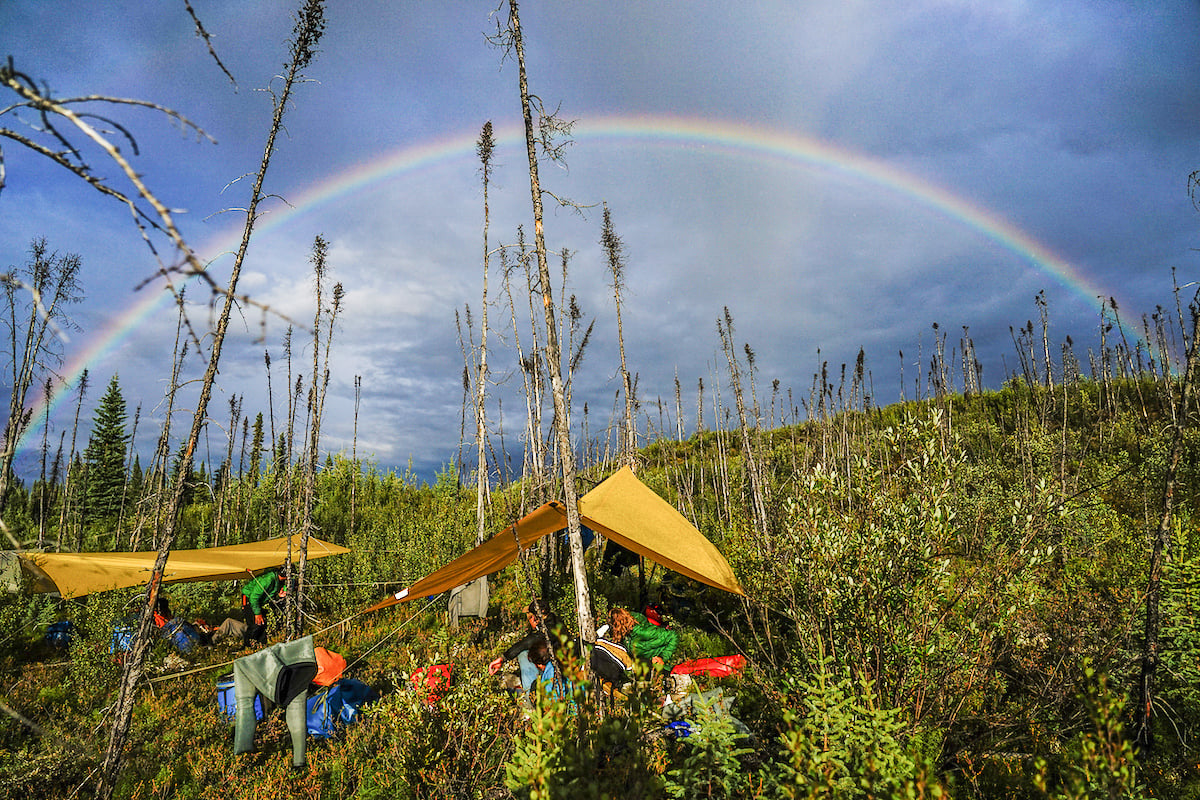 Taking a NOLS River Expedition
Back to Top